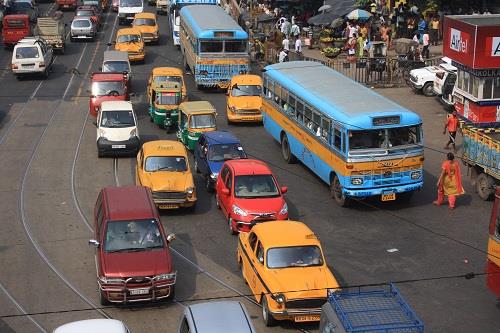 Sikar is a famous tourist destination in Rajasthan and is the second most developed city next to the Pink City, Jaipur. Sikar is the administrative headquarters of the district and also has many popular tourist spots. The city is well known for its Laxmangarh Fort, which was erected in the year 1862 using the Shekhwati style of architecture. Sikar is also famous for its other forts like Bansidhar Rathi Haveli, Sanganeria Haveli, Char Chowk Haveli and Kedia Haveli. Thus it goes without saying that it would be well connected to other parts of the world by road, railways and airways. Sikar is also well connected to the other cities of Rajasthan by means of various transportation modes. Even though the city is obviously crowded with tourists, the comfortable transport options make it easier for you to get around.

Since there is no airport in Sikar, instead of Sikar, you can board a flight to Sanganeer Airport (JAI) in Jaipur,
Rajasthan, which is the nearest airport (about 101 km away). Next to it, the closest airport is Indira Gandhi International Airport (DEL), New Delhi (about 232 km away). Jaipur International Airport runs daily flights to Delhi, Bangalore, Mumbai, Indore, Hyderabad, Pune, Ahmedabad, Guwahati, Chennai, Udaipur, Kolkata, Dubai, Muscat and Sharjah. In addition to this, a small Air strip is also present at Tarpura village for the landing of small private planes.

There are many trains from other chief cities of India to Sikar. The closest railway station is Shri Madhopur (SMPR) in Rajasthan, which is 48 km away from Sikar. The next nearby railway station is Ringas Junction (RGS) in Ringas, Rajasthan which is 50 km away from Sikar. The city of Sikar falls under the territory of North Western Railway. The North Western Railway started gauge conversion of the Sikar-Loharu line section into the broad gauge section in 2012 and completed it in 2013. At present, Sikar city is connected through meter gauge railway line section to Delhi, Jaipur, Rewari, Loharu, Bikaner, Churu, Sri Ganganagar, and Jhunjhunu.

Sikar is well linked by roads from all the main cities of Rajasthan. National highway NH-11 road passes through the middle of the city and Kotputali Kuchaman Mega highway also runs through Sikar. National highway NH-11 links Sikar to Jaipur and Bikaner and this highway has become four-laned at present. The western freight corridor also passes from Sikar and this was the main project of the central government.

Sikar Bus Depot is the inter-district bus station of Sikar city and is situated along Jaipur road in Sikar. This is the Central Bus stand of the Rajasthan State Road Transport Corporation. From here, buses can be availed for Jaipur, Tonk, Alwar, Bikaner, Jhunjhunu, Haryana, Churu, Delhi, Punjab, Gujarat, Uttarakhand, and various other locations.

For any roadway enquiry in Sikar, the following are the contact details:
Address: Rajasthan Roadway, Sikar HO, Sikar
Phone: +(91)-1572-270339