Ancient times sports have always been an interesting way of spending leisure time for the members of the royal family and residents of Sikar. The royal families of Shekhawat rajas indulged in sport activities like the camel riding, horse riding and even playing polo. Apart from these traditional sporting activities, archery has always been a popular sport with the local residents in Sikar.

But with the passage of time the way the people of Sikar played and looked at sports has changed. Today new sports and games which are popular all over the world like soccer, cricket, golf have replaced the traditional sporting activities in Sikar.

Sikar, being blessed with a beautiful landscape has provided a golden opportunity for both the locals and tourists to indulge in adventure sports like 'Aerosports' which has found its way into the list of sporting activities that can be enjoyed in Sikar.

Today, with modern sports dominating in every city of India, traditional sports of Rajathan are still played with great zeal and enthusiasm by the local citizens of Sikar. 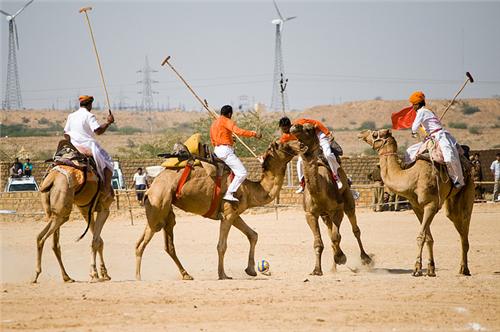 Polo is still considered as the favorite game of the royal and upper class families as it showcases their riding skills. There are several versions of this sport being played i.e. horse polo, elephant polo, camel polo, cycle polo. Generally the polo games organized are friendly and are played by the members of royal family of Sikar and by trained professionals.

Kabbadi is a traditional game of India and is very popular with youngsters living in urban and rural areas of Sikar. In order to encourage this game, the sports body of Rajasthan has regular tournaments for Kabbadi at school, intercity and state level.

Horse or Camel Cart Race is one of the oldest games being played in Sikar. Today these types of cart races are held only during festivals or fairs in the rural areas of Sikar.

Kite flying competitions are held with great fanfare during 'Makar Sankrati' which is part of the festive tradition. On this occasion the skyline of Sikar is full off kites of all shapes and sizes, young and old both engage in kite contests trying to cut each other's strings.

Gulli Danda is a kind of a team game, and is still popular with the children living in rural areas of Sikar. This game is simple and all it requires is 2 sticks to play with, but the excitement amongst the players during the course is really worth it.

Sitolia (Game of Seven Tiles) is a team game played by children both living in the urban and rural areas of Sikar, the game consists of 7 tiles which have to be rearranged after hitting the ball.

Marbles (Kanchae) is one of the traditional games which is popular mostly with children living in the rural areas. There are various versions of this game and it is a common site watching scores of children playing it in groups in rural parts of India.

There is only one sports Stadium in Sikar i.e. 'Sikar District Stadium' located on Sanwali Road, Todi Nagar in Sikar and is well known for being a very good stadium for sporting activities like tennis, football and it also has a gymnasium and fitness center.

Cricket: The RCA(Rajasthan Cricket Association) has played a leading role in promoting and developing the game of cricket in the district of Sikar. Every year tournaments are organized by the RCA at all levels for  Sikar U-16 Players, Sikar U-19 Players, Sikar Seniors Players. IPL(Indian Premier League) has also brought about opportunities for the youngsters in Sikar with the Rajasthan Royals providing a perfect platform for the cricket lovers to exhibit their skills.

For latest updates and information on cricket tournaments logon to: https://www.cricketrajasthan.in/index.html

Football: Football is the second most popular sport after cricket in Sikar. Over the years many youngsters of Sikar have represented the Rajasthan football team in the Santosh Trophy. 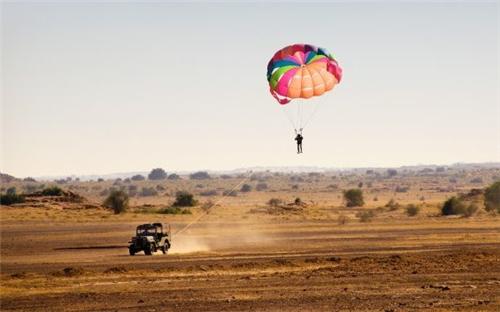 Sikar, is popular with tourist not only for its royal forts and palaces but also for the aerosport activities which has its own charm and enthusiasm that leaves the tourists asking for more.  Aerosports like Hot Air Ballooning is an instant hit with tourist as it gives a breath taking view of the sand dunes. Para-sailing and Gliding is still at a nascent stage and expensive sport to operate in Sikar, which requires permission from civil aviation authorities but yes if you can get your tour operator to arrange for it in advance it could add to  your excitement during your visit to Sikar.

Nimawat Public School in Fatehpur town of Sikar district has started a course for students who want to pursue a hobby or career in aviation and aero sports activities.

Rajasthan State Sport Council is the apex body for Sports in Rajasthan state which takes care of the youth and sports department in Rajasthan. The Sports Council was established in the year 1958 and since then they have played an important role in discovering and nurturing new talents across Rajasthan.