Almost everyone is aware about the religious significance of Sikar, a popular historical city located in the state of Rajasthan. In addition to its famous embroidery works, mirror works and paintings in ancient palaces, Sikar is famous because of its significant religious places. These religious spots in Sikar attract more casual visitors than the religious ones. So, ensure that you plan to visit the religious spots of Sikar when you want to travel around the best places in Sikar.

India is renowned around the globe as the place of spirituality. People particularly visit Sikar in order to experience spiritualism and comprehend the meaning of religion. You can notice that in Sikar, all religions are given equal importance. For example, a gurudwara is present in Sikar for the Sikhs, and people from different religions visit it. Similarly, a mosque from ancient days, many churches and various temples are situated in this great multi-cultural city, since there are people from different religious backgrounds here.

There are various pujas and festivals which are conducted all through the year. During the time of the festival Durga Puja, you can observe Pandals of the Bengali community decorating the entire city and at the time of the Ganesh festival, you can see everyone busy with their rituals. There are various famous churches, Gurudwara’s, temples and mosques present all over Sikar city. The people here are religious-minded and quiet and normally tend to reach extremes in the matter of religious sentiments. There are plenty of religious places to be explored in Sikar. 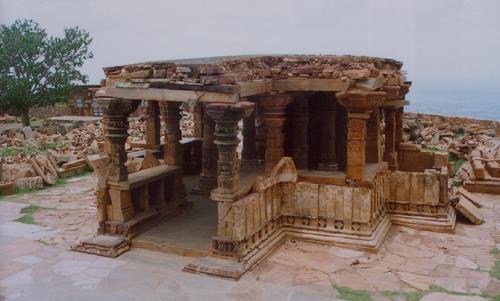 Ramgarh, situated in Sikar, was established by the household of Poddar in 1791 and it is said to have been among the wealthiest towns in India, in the 19th century. Ramgarh is known for its beautiful havelis, one of which is the Bashashwarlal Poddar Haveli which was most probably built during the 1830s. This famous haveli contains nice ochre paintings with floral designs.

Ganeshwar Village is another must visit spot in the city of Sikar. Some believe that a plunge in Ganeshwar’s warm sulfur springs would cure all kinds of skin ailments. The village of Ganeshwar is located near the Neem ka Thana town in Sikar. In the archaeological excavation done surrounding Ganeshwar, age old ruins dating from a 4,000 year old civilization were discovered. Baleshwar city situated near Ganeshwar is another popular place mainly because of its very old Shiva temple.

Madho Niwas Kothi was constructed by HH Madhav Singh Ji and this is an amazing illustration of a great Fresco with marvelous works of gold paintings. Sikar is located at a distance of 115km from Jaipur, so it is convenient to visit the kothi from Jaipur.

Harshnath Temple is the single hill station within the city of Sikar, and is a must visit for tourists visiting Sikar.

According to folk tales, this temple was utterly destroyed by the army of Aurangzeb. You can view the ruined parts of the Harshnath temple which have not been attacked at all. The charm of the main temple is indescribable with its splendid architecture and marvelous view of the city that lies below. It is important that the driver is experienced with driving on hill roads and knows the place well, since driving on hill roads is hazardous for those who do not have experience.

Khatu Shyamji temple is a famous religious spot close to the Ringas Railway Station (around 17 km) and is at a distance of only 80km from Jaipur. There are various conveyance facilities throughout the day and also many Dharamshalas for refreshment and accommodation. The temple and it surrounding areas are maintained in a good condition even though there are great numbers of people crowding it. The floral decoration around the idol is beautiful and not like any seen anywhere else. The kund of the temple which is located at a distance of 100 meters from the main temple has a fascinating design.

There are many Dharmashalas here along with a few hotels for comfortable stay. There are plenty of restaurants too, providing delicious food. There is a huge throng of people here always but the organization of the queue is done in a systematic and perfect manner. You can see friendly people here and there is also a small market here, where you get almost everything easily. Every year, many annual events happen here which draw millions of people, and special facilities are also arranged for them. A fair called Khatu Shyamji fair takes place every year in March, where people take part in various religious rituals. Large crowds of people from local as well as the whole of India visit Sikar for this fair. You should also know that it is only possible for you to reach close to the temple on foot since vehicles are forbidden inside.

History
Khatu Shyamji is a renowned temple for Khatushaymji, believed to be a present day avatar of Krishna in Sikar. The Khatu Shyamji mandir is also dedicated to Bhim’s grandson and a version of Ghatotkacha’s son, Barbareek. According to Hindu legends, the belief is that Barbareek was given a boon by Krishna that in future, people would call him by Krishna’s name and will bestow the title Krishnaji upon him. Both Barbareek and Khatushaymji are famous among the Hindus in Rajasthan state.

Legend talks about this renowned Krishna temple that it was from the ancient medieval Mahabharat period where the son of Pandav Bhim Barbareek and Nag Kanya exhibited his mighty warrior skills and that it pleased Shiva who gave him the boon of three arrows, Teen Ban and Agni Dev offered the boon of a bow, in order to conquer the total three worlds. People from all across the world go to this temple during the mela time in the month of Kartik or Falgunsudi Ekadasi. Their devotion and belief simply pours from their conscious belief. The temple is presently run by a Trust.

Other Famous Temples and Mosques in Sikar

The following are the famous temples and mandirs in Sikar:

Rani Sati Temple
This temple is built like a beautiful, impressive and huge castle! The atmosphere inside the temple is relaxed and well-organized. Inside the temple, meals and accommodation are obtainable at subsidized rates. At present, it is mostly visited by Marwaris, who are among the primary business communities in the Hindu sect, and has the ability of becoming a magnet to draw diverse communities.

Kuldevi is the deity from family ancestry and regarded as the family’s guardian. During the 'Bhadrapada' New Moon occasion, which mostly falls in August or September months, there are large crowds of people rushing here from all over India. The Marwari community is dispersed geographically today, and this is an event when they gather together. You must not miss the delicious Chirawa pedas and mouth-watering chaat counters outside the temple. There are also tasty puchkas, kulfis and dal pakodas to be enjoyed here.

Jeenmata
Jeenmata temple located close to the hill and 10km from Rewasa village is encircled by a deep forest. This famous temple is situated about 29km from Sikar in the south. Jeen Mata’s full and real name had been Jayantimala and Jeen Mata is also called Shakti Peeth. The year of the building of this shrine is not known, but people believe that this temple was rebuilt by Pandavas as per the style during the period of their banishment from Hastinapur. Yet, the pillars and sabhamandapa are very ancient.

This is a very old temple dedicated to Jeenmata and it is believed by many people to be about a thousand years old. Millions of people gather here for the colourful festival that takes place twice a year during the months of Ashvin and Chaitra at the time of Navratri. There are plenty of dharamshalas here to accommodate a huge number of visitors.

The beautiful architecture of this temple is awe-inspiring and there are pillars full of carvings of flora and fauna, deities and dancers all over the main hall. The shrine of Jeenmata was a pilgrimage place from ancient years and people say that it was repaired and rebuilt many times. A natural atmosphere of tranquility is given to the place due to the gorgeous lush green plants and flora and fauna enveloping the temple. Just near this temple is Harsh Bhairavnath's temple which is located on the peak of a hill.

The following are the famous mosques in Sikar: