Localities and Areas of Sikar

Once known as the biggest Thikana (Estate) of the Jaipur State, Sikar is a historical city of Rajasthan and also the district headquarter, it also a part of the Shekhawati district of Jhunjhunu.

While touring Sikar, you will see huge historical buildings within the walled city, magnificent mansions and ornate temples which all adds to the charm of the city.Sikar city gives one a feeling of a rich man’s land and as to how grand it must have been the in the olden days. The city is surrounded by high walls consisting of seven gates called "Pols", these seven gates are Fatehpuri gate, Nani gate, Bawari gate, Dujod old gate, Dujod new gate, Surajpole gate and Chandpole gate. 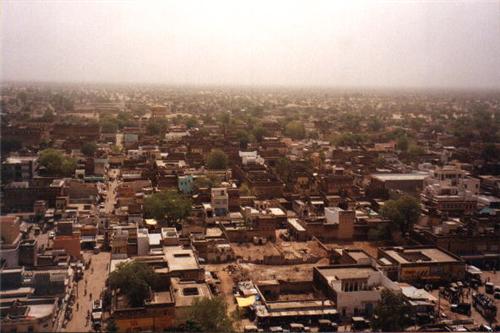 Fatehpur: This town was founded in the 15th century and since then has always attracted wealthy merchants from all over India and there is a lot of business activity going around.Also well known for its frescoes, there are a lot of intricately carved mansions or havelis that add to the  beauty of the city. The Chamariya, Biyani and Singhania havelis are the most popular amongst them.There is also a large market, a clock tower and the temples of Gopinath, Raghunath that are popular with the pilgrims visting Sikar.

Laxmangarh: Also spelt as Lachmangarh, this town was founded in the year 1864 and is famous for the Laxmangarh Fort which makes it a popular tourist destination.Other attractions of this small little town are the 'Ghanta ghar' or 'Clock Tower' and many old havelis which adorn the famous Shekhawati fresco paintings and yes the Chhatris add to the beauty of this little town and are known as the hallmark of this town.

Danta Ramgarh: is a tehsil in Sikar district and is about is 51 km from Sikar city.This little village is famous for its strategic forts built by Guman Singh Ladkhani in the year 1733.Popular with tourist it is a must visit for historic fort lovers, because the topography of the surrounding areas from the top of the forts is just breath taking.

Srimadhopur: a little sleepy town which is about 70 km from Sikar city has its own importance as it houses many government & semi government offices and is also well known as a market place for its agricultural produce and dairy productions.It also home to the world famous Khatu Shyamji Temple and the Shree Ganpati dham, which makes it an important pilgrimage center.

Neem Ka Thana: Being just 79 kilometers away from city, Neem ka Thana doesn't have any direct buses or trains from Sikar and the only way to reach is to board the Chetak Express and then take a taxi from Ringas to Sikar. Neem Ka Thana is famous because of a small village called Ganeshwar that is known as a holy place and is a popular picnic destination.The presence of hot sulphur springs is the prime attraction here and it is strongly believed that taking a dip in the spring water cures skin ailments.Recently during an excavation done around Ganeshwar ruins belonging to the a 4,000 years old civilization were found.

Sikar City: Any market place, be it small or big in Rajasthan is a colourful place and one will always have a memorable experience of being there. Within Sikar city Govindammarket, Laxmi market, Diwan market and Harichand market are the most popular places known for shopping where tourist will find a wide variety of Rajasthani traditional goods like apparels, paintings, arts and crafts etc.Harichand market is also very popular because of the number of eateries and entertainment zones and is an exciting place for tourist and local residents to spend quality time. 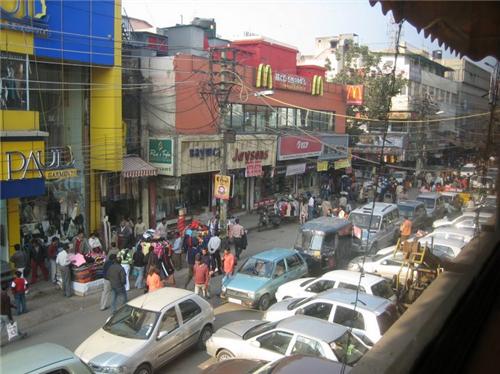 Station Road: is a also another very important and busy area within the city as it provides access to shopping centers and shopping malls like Paharia Tower, Mahasagar and Shukh Shine Plaza, which are visited by both tourists and locals of Sikar.The Shree Shyam Square Shopping Center near Ghanta Ghar is one of the most crowded places during holidays or festivals as it houses big brands.

Anand Nagar: is an important locality within Sikar City which is very near to the Sikar railway station. It has a few important schools and colleges within its area.Being a residential area, it also has nationalised and international banks within its area.Furthermore, hospitals and other essential services are easily accessble.For entertainment and recreational purpose there is a movie hall The Shiv Mandir Cinema Hall and The Art of Living Center within its vicinity.

Subhash Chowk: is a very prominent locality within Sikar city and apart from having all the important facilities and essential services it is well known for its cinema halls like Sikar Cinema and Samrat Talkies.Even today, Sikar is not known to be a very commercialized place when it comes to their cinema halls but, Samrat talkies is an exception where one can watch any new movie along with the family.

Bioscope Cinemas: which is located in the heart of the city on Rani Sati Road,  is a very popular Multiplex in Sikar and it doubles up as a very popular hang-around spot with youngsters.

Other important places are: Police Line area which has the police line ground that serves as a parade ground in Sikar where major events and functions are held. Housing Board Colony, Vasant Vihar, Railway Colony, Shiv Colony, Jakhar Nagar and Khichron Ka Bas are other localities within Sikar city which are equally important as both residential and commercial  areas.


Explore more about About Sikar