The significant piece of the area of Rajasthan which is known as Sikar district appears to have seen a storm that washed this region and left its stamps fit as a fiddle of sand layers noticeable all over. This territory is semi desert, similar to the appearance of sea bed. The southern and south-eastern area of the district is comprised of loamy soil and mounts of the Aravalli range. 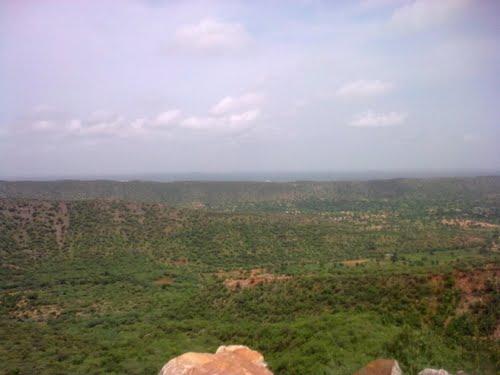 Area and Location of Sikar

Sikar is also known as the ‘Gateway of Desert’. It is located in the north-eastern part of Rajasthan. It lies between 27.21 Degree East To 28.12 Degree North latitude and 74.44 Degree To 75.25 Degree longitude. It has an average height of 1,401ft or 427m above sea level. It is enclosed by the Churu district in the north-west, Nagaur in south-west and Jaipur in south-east. In its north-east corner, it is bound by Mahendragarh district of Harayana.

Sikar has an area of 7732sq.kms, running from south to north. It is divided into two main topographical areas. Its western region is full of sand dunes, along with a perennial river. There are also five streams namely, Kantli, Mandha, Doha, Sabi and Krishnawati. The district is divided into two parts by the Aravalli hills. The Fatehpur, Laxmangarh and Sikar tehsils comprise of sandy tract and are single cropped areas. Whereas, Neem-ka-Thana, Danta Ramgarh and SriMadhopur tehsils comprise of double cropped areas.

On the basis of the ground level and possibility of putting sewers at a depth required, the topography of Sikar can be classified into two zones as: 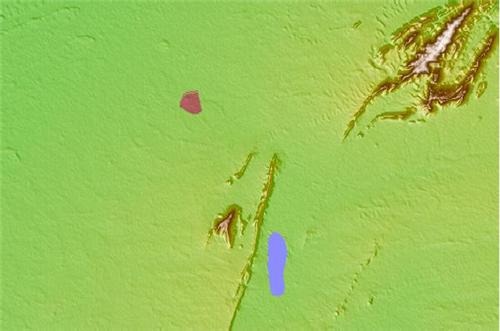 The shape in general Sikar is of an eccentric bow or a vessel. The locale might be comprehensively isolated into three regular divisions to be specific:
The significant piece of the area is a sandy tract however it is all the more so towards the north of Sikar which structures a piece of the incredible Indian desert. The mounts in the region structures some piece of the Aravalli ranges. These run from south to north isolating the area into two equal halves. The region towards south of Khandela in Sri Madhopur tehsil in the center is an undulating plain. The district does not contain any perennial rivers.

The types of rock found in Sikar are Quarzites, Conglomerate, and Schist. They belong exclusively to Delhi Supergroup of Meta sediments. They are differentiated from the more seasoned Aravallies by a striking unconformity. The unmistakable exposures are seen on Neem-ka- Thana rises arranged in the eastern and north eastern parts of the region. The Delhi Supergroup rocks are separated into Alwar and Ajabgarh Group. The metasediments of Alwar Group are described by predominance of arenaceous rocks comprising of quartzits of different sorts. These rock sorts are seen in the eastern some piece of Sikar along the continuation of Khetri region in the center of southern part. Furthermore numerous confined crops are grown in Saladipura, Khandela, Sevli and Kotri. The territorial strike of these rocks is north south.

In Saladipura region, amphibole quartzite, schists and marbles are found in a real anticline. Its center is possessed by essential intrusive, later transformed to epidiorites and amphibolites. Exposures found close to Byore, Roopgarh and encompassing ranges in the center of southern part, some piece of the locale comprises of quartzites of distinctive sorts with subordinate measure of mica schists. The general pattern of rocks is north-east: south-west to north-north-east: south-south-west with dips that vary towards west.

The structure of the rocks of Ajabgarh are portrayed by huge segment of calcareous rocks. The primary rock sorts are marble, calc silicates, calc-gneisses,  phyllites and mica schists. The general pattern of the rocks is north east-south west dipping low towards west. The formation of Ajabgarh is characterized by gneisses, quartzites, and amphibole marble are mostly found in south of Kotri Rampura and around Atheaga.

Volcanic erruptions of both fundamental and acidic types of rock are uncovered all around Sikar. The essential nosy incorporating epidiorites and amphibolites in type of veins sheets. The corrosive erruptions include rock and pegmatite found as dykes and silla.

Some significant mineral deposits of Rajasthan are found in Sikar. It is one of the significant producers of minerals, especially non-metallic minerals. The important non-metallic minerals found here are calcite, apatitue, dolomite, limestone, fluorite, private pyrnihatite, talc and mica. Apart from these, quartz, barites and silica are also extracted. The presence of radio-active minerals and melybalnite in Khandela-Ghateshwar are still to be investigated. In addition to these minerals, stones used for building are also found in abundance in Sikar. Lime stone is found in Neem-ka-Thana.

Copper is the most prominent metallic mineral found in Sikar. It is found mainly in Neem-ka-Thana and Dariba. It is also found in Ahirwala, Maleshwar, Muthooka, Khoni, Bihar, and Salwari. Deposits of Iron are found in Bagoti-Sirohi, Raipur, and Panchonlgi-Sirohi.

Flora and Fauna of Sikar

The area of Sikar which is identified as forest is of not much importance in terms of production. The total forest area of Sikar is around 61112 hectares which is about 7.46 percent of the total area.  Only spiky and thorny bushes are found in their margins, and also in foot of the hills, sand dunes, ravine lands and sand plains. In the sandy areas, the vegetation is of the type of ‘Savannah’, which is used for the production of grass. The major products from these forest include honey, firewood, grass, and bamboo.